What is Systems Thinking and how does it affect me? - Cranefield College

What is Systems Thinking and how does it affect me? 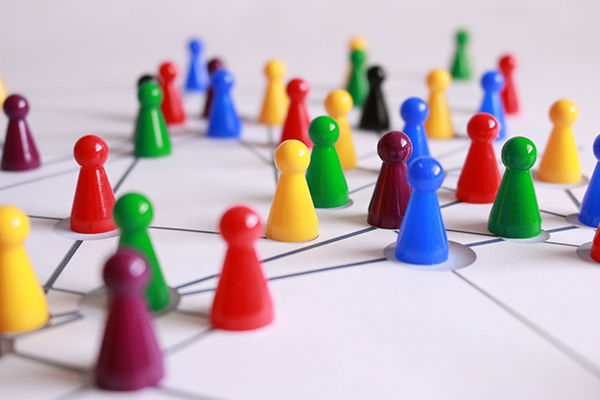 The benefits of Systems Thinking are often overlooked. Looking at the bigger picture instead of agonising of the details can be the solution your company needs.

Systems Thinking is a branch away from more traditional forms of organisational analysis and involves looking at the “bigger picture” and organisational dynamics, instead of focusing on singular issues.

Rather than getting caught up in the details of a situation, Systems Thinking shifts your thinking as a manager or an employee to look at the dynamics and elements at play and how they interact with each other to form a result.

This allows you to look at the interrelationships in any situation and means you are thinking “cross-functionally” and “beyond your desk”.

The difference between Traditional and Systems Thinking

A management culture is developed with its own methods of addressing challenges that are usually developed from underlying perceptions.

The traditional management culture was designed to maximise return on investment and control labour. While in the past, Traditional Thinking was very successful, the organisational culture has since evolved into recognising and utilising the knowledge, creativity and spirit of all staff members in order to maximise the “will to work” and commitment to the organisation and its goals.

Examples of Traditional or Analytical Thinking vs Systems Thinking:

Even as system thinkers, it can become easy to fall into a linear process when addressing problems. But systems thinking recognises learning as a cycle and not a once-off process with a beginning and end.

According to Michael Goodman and Richard Karash, there are six steps to thinking systematically. This was detailed in their paper, Six Steps to Thinking Systemically and used Bijou Bottling Company (fictitious example) as a case study.

Bijou Bottling Company had issues with late shipments to its customers (major chain retailers). The paper suggested that, “in the face of day-to-day pressure, groups often leap to solutions after only a modest amount of brainstorming.”

The 6 Steps to Thinking Systemically

Tell the story – What has happened?

Instead of reacting to a problem, gather all important players in the situation and let them describe the problem from their point of view.

This step connects the past and the present through events and behavioural patterns. There should be only one variable in order to track change and can include future projects if needed.

This statement paints a picture of what the team want for the project. This can also be a question about why certain things are happening. Bijou’s example was, “We’re pretty good at solving each problem as it arises. But why are these problems reoccurring with greater frequency and intensity? What is causing them?”

Identify the structure – Why has this been happening?

Describe the systemic structures that create the current behaviour patterns or actions. This is an easier way to start building a theory of why and how things are happening.

Once you have a good idea of what has been happening, take a deeper look at the underlying issues so that you can move from understanding to action. Four areas to cover include, Purpose of the System, Mental Models, The Larger System and Personal Role.

Use your knowledge of the system to find a solution that will change the structure in order to get the result you want. This may be adding a link that will produce positive behaviour, breaking a loop with undesirable behaviour patterns, or a combination of the two. The most powerful interventions involve changing the thinking of the players involved in the system.

In the Bijou example, the key to change was realising that the problems were mostly self-inflicted and the distribution system had to be improved using the Systems Thinking approach.

In the longer term, Bijou would need to introduce a reward system to recognise heroic behaviour in order to sustain improvement efforts, even when the pressure was off. Without constant systemic thinking, certain issues would arise once again.